Factors determining the sustainability of Hemiclonal Population Systems in which the interspecies hybrids Pelophylax esculentus complex coexist with members of parental species were studied using a combination of empirical data and computer simulation modeling. The empirical data demonstrates the existence of different intrapopulation strategies by partitioning a sample of individuals into two groups on the basis of their body size at a given age and comparing selected groups in terms of factors such as growth rate, life span, females’ fecundity and the age at which breeding commences. Then by using simulation modeling, we study the probable importance of intrapopulation ontogenetic strategies for the stability of Pelophylax esculentus complex HPS.

The hybribogenetic complex of water frogs, Pelophylax esculentus complex (=Rana esculenta complex), consists of two parental species: the pool frog, Pelophylax lessonae (Camerano, 1882) and the marsh frog, Pelophylax ridibundus (Pallas, 1771), and their interspecies hybrids with varying ploidy levels (Plötner, 2005). It is common to refer to these hybrids by using the species name Pelophylax esculentus (Linnaeus, 1758) — the edible frog. Hemiclonal inheritance is characteristic of P. esculentus. In this case they produce gametes transmitting either P. ridibundus genome, or P. lessonae genome, or both.

One way of designating types of HPS is associated with counting of frogs' forms, composing the system, wherein the letter L represents P. lessonae, the letter R — P. ridibundus, and the letter E — P. esculentus. The presence of polyploid P. esculentus in the HPS is represented as Ep. A particular center of diversity, named The Siverskyi Donets Center of Water Frog Diversity, has been identified in the basin of Siverskyi Donets River in the territory of Kharkiv region. It is characterized by R-E-HPSs, R-E-Ep-HPSs, as well as the complete absence of mature P. lessonae representatives (Shabanov, Litvinchuk, 2010).

Previously, the authors formed the hypothesis that diversity of individuals within one population or HPS (in the case of water frogs) can be described by the effect of intrapopulation ontogenetic strategies, IOS. Ontogenetic strategy is a hierarchy of priorities exhibited in organism development. An intrapopulation strategy is one discrete realization of a species-specific strategy occurring in representatives from one population or HPS. IOS is characterized by a certain syndrome (complex of related traits) reflecting a specific environmental adaptation.

The study consists of two parts. The first is the description of the diversity of water frogs as the effect of different intrapopulation strategies. For this purpose, we divide individuals into two groups on the basis of their body size at a certain age. Then selected groups are compared according to strategic characteristics of their representatives, such as growth rate, life span, females’ fecundity and the age at which they begin to participate in spawning. In the second part, by using simulation modeling, we study the probable importance, for the stability of Pelophylax esculentus complex HPS, of frogs’ diversity with respect to their IOS.

We studied 575 water frogs, captured in Kharkivska Oblast. These frogs were of three forms: 193 were P. ridibundus, 348 were diploid P. esculentus, and 34 were triploid P. esculentus. The frog’s age was determined via the method of skeletochronology by analysing gluing lines, which are forming in bone during wintering, and are visible on the phalangeal bone cross sections (Usova, 2014). Based on the size of gluing lines visible in the bone, one can determine the dynamics of its growth, and calculate the past sizes of a given individual during its several previous winterings. The fecundity of 59 females was determined by counting eggs in their clutches.

The study of the stability of HPS of Pelophylax esculentus complex was carried out by means of a simulation model. This model simulates the changes of composition of water frogs’ HPS. Based on defined initial parameters which can be varied by the investigator, the model conducts step-by-step recalculation of the structure of the model HPS (Figure 1).

The initial parameters defined during modeling were as follows:

— Initial composition (number of individuals of different forms and ages) in the model HPS;

— Variants of all possible crossings, indicating the probability of penetrance of different genotypes in the offspring;

— Immigration and emigration scenarios (if necessary). 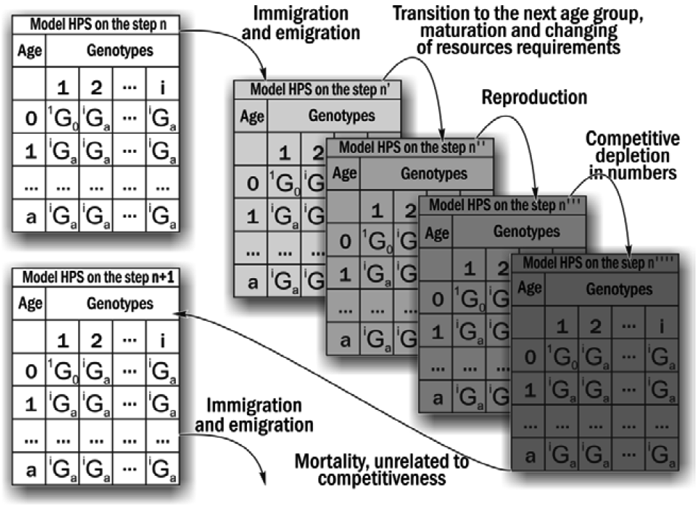 Figure 1. The calculations in each cycle of the simulation model

At each simulation time-step, the fate of each individual (its survival and reproduction) in the model HPS was determined by random process and was described by probabilities, defined in the initial model parameters. 10 simulations were run on each initial condition. Simulation outcomes were classified depending on the composition of the frog forms present in the model HPS after 500 cycles (corresponding to 500 years). Then the probability distributions of different simulation outcomes were determined depending on the initial composition of the HPS, and on the given viability parameters.

The observed empirical distribution of individuals by age and size can be described using different models. We have chosen to model our sample using two regression lines, one of which corresponds to relatively smaller, and the other to relatively bigger individuals of the same age (Figure 2). The regression lines were fitted by the least squares method. Both selected size groups included individuals of both sexes, well as all three studied forms.

In order to compare the relative sizes of individuals of different ages, a measure independent of age is required. We used the “dimensional index” S, calculated by the formula 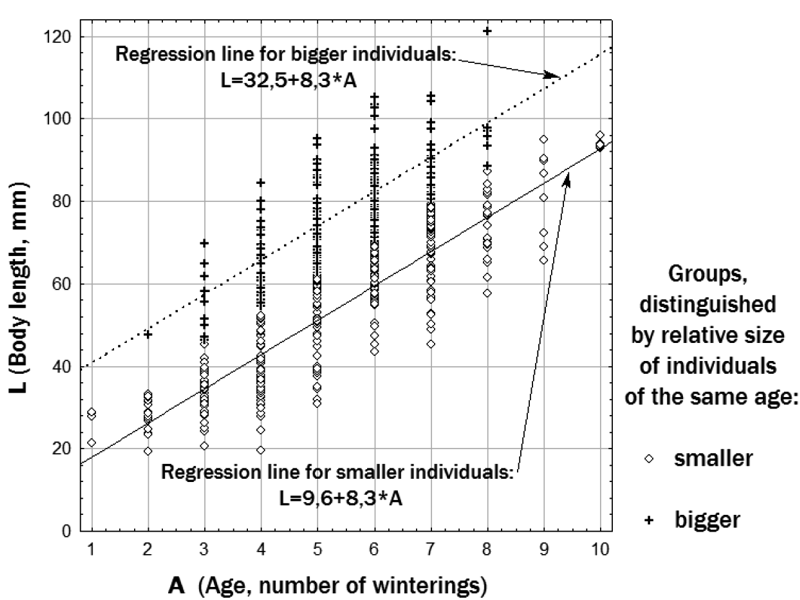 Using the Kruskal-Wallis test, we determined the effect of the following three factors on the dimensional index: frog form, sex and sampling site locality. The only factor whose influence on the growth rate turned out to be significant was the form of representatives of Pelophylax esculentus complex (Figure 3). 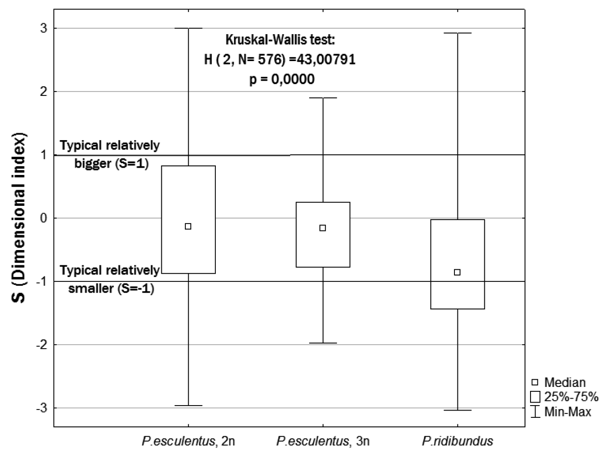 Comparing the representatives of two selected size groups of frogs, we found significant differences in their growth rate at the 3rd and 4th years of life. As expected, the relatively bigger individuals grow much faster than the relatively smaller. The dimensional index (S) was notably associated with female fecundity: Spearman's rho was 0.34 (p = 0.009). Both the mean and the median of the clutch egg number were two to three times higher in relatively larger females than in relatively smaller females of the same age.

The oldest individuals in the studied sample belong to the smaller size group (Figure 2). Among individuals older than 6 years, the age of relatively smaller individuals is significantly greater (p=0.045 when compared by Mann-Whitney test) than that of relatively bigger ones.

In the study region, all frogs reach physiological puberty by the age of 3-4 years. However, most frogs progress significantly later to full participation in spawning (which involves presence on the spawning grounds as well as a substantial energy cost for reproduction). The age at which this happens is shown in Table 1.

Table 1. Comparison of the intrapopulation ontogenetic strategies (IOS) of undersize and oversize individuals

Probable importance of IOS, which is realized by representatives of Pelophylax esculentus complex within one HPS

Since both oversize and undersize IOS occur in water frogs cohabiting in one HPS, we consider this variety as an adaptation to intrapopulation interactions. Simulation modeling is a useful technique for studying the importance of such adaptive strategies. We first observed the phenomenon described below in the course of experiments with a simulation model of HPS of water frogs constructed in a Microsoft Excel environment (Kravchenko et al., 2011). Subsequently it has been studied in detail using the model described above, which was developed by A.O. Leonov with additional support from Q. Mair (Shabanov et al, 2015).

Transformations of the described R-E-HPS can lead to one of three outcomes:

(1) transformation into a population of P. ridibundus because of the disappearance of P. esculentus;

(2) preservation of R-E-HPS due to the continued coexistence of P. ridibundus and P. esculentus;

(3) the HPS dying out as the result of P. ridibundus disappearance.

If the population-biological parameters of P. ridibundus and P. esculentus defined during simulation are identical, the proportion of P. esculentus in the HPS rises continually due to their more efficient reproduction. If this is the case, R-E-HPS transformations lead to the outcome (3). Such a result indicates that the viability parameters of P. ridibundus and P. esculentus are not in reality identical, for if they were identical R-E-HPS would be relatively short-lived and disappear naturally. We know however that such systems are widespread in the river basins of Mozh River and Udy River (the right tributaries of Siverskyi Donets River).

We assumed that stable P. ridibundus and P. esculentus coexistence can be explained by lower viability of P. esculentus. According to this hypothesis, the reduced viability of hybrids should compensate the advantage of their reproduction. As shown in Figure 4, this assumption turned out to be not true: depending on the ratios of P. ridibundus to P. esculentus mortality, the simulated HPS reaches outcome (1) or (3). 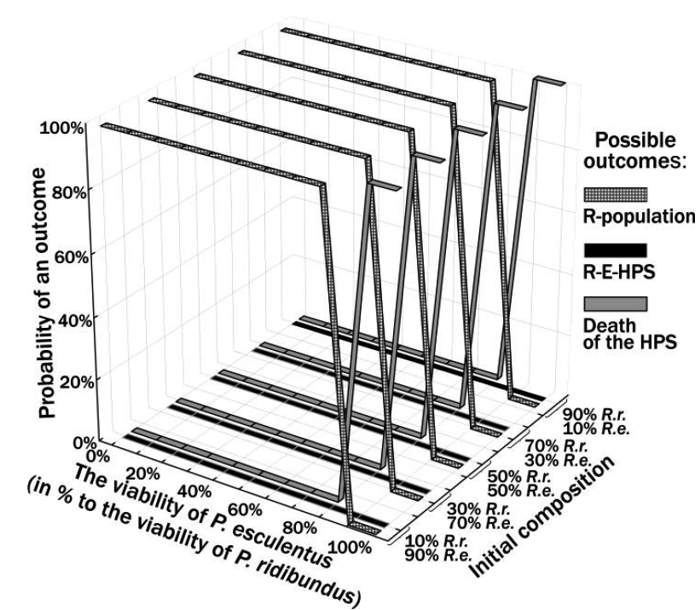 Figure 4. Results of simulation of R-E-HPS transformation with assumption that P. ridibundus and P. esculentus differ only by probability of their death

Another result is observed when P. ridibundus and P. esculentus exemplify different IOS (Figure 5). In this case, the system state enters a zone of correlative viability of the two forms, where their sustainable coexistence is possible. 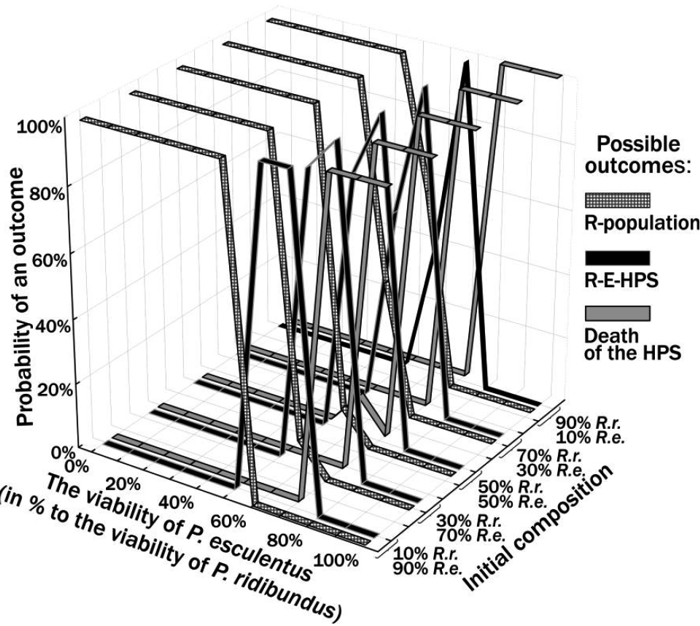 Figure 5. Results of simulation of R-E-HPS transformation with assumption, that P. ridibundus and P. esculentus differ by their IOS

We assume that the phenomenon we have observed in our simulations is a particular case of more general mechanism. In further studies, we plan to test the hypothesis that the difference in ontogenetic strategies can contribute to the coexistence of competing species.